Rochester lost one of its inspirations this past weekend. Rochester’s ‘Bebop’ poet, Bobby Johnson. He died at the age of 93.

Police got a report of a missing person and RPD officers found Johnson Saturday in medical distress in his car on Chili Avenue and rushed him to the hospital, where he later died.

Sometimes called the ‘Bard of Clarissa Street,’ Johnson had deep roots in Rochester’s Third Ward and Clarissa Street neighborhood. He was a graduate of Madison High, Monroe Community College and Empire State College, where he got his degree in creative writing.

Johnson worked until a stroke in 2006 caused him to retire after 25 years as a substance abuse counselor. He also did factory work, the Post Office and teaching. But Johnson is perhaps best known as a prolific writer and performer.

Teen Empowerment Youth History Ambassador Briana Williams honored Johnson this past summer at a Liberty Pole tribute to the old Pythodd Club from that neighborhood.

“Mr. Johnson brought so much joy and pride to Clarissa Street, as he walked down his streets enjoying poetry, stopping to greet people and just cherishing his moments on his home streets after it had been uprooted,” said Williams. “I would say that he was one of the people that has carried the spirit to Clarissa Street and he wanted to bring that same joy back home to the Third Ward.” She quoted one of Johnson's pieces, “Remember that jazz is my religion, and it can be your religion, too. But jazz is the truth and it’s always black and blue.”

Johnson taught in universities, schools, prisons and community organizations, and has performed throughout New York State.

In the 1980s, Bobby was a member of the Board of Governors for the New York State Council on the Arts. In 2001, he was honored by Writers and Books for “Lifelong Contributions” to writing. 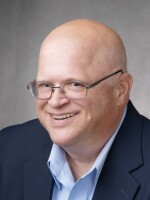