WATCH: Do not drink the water

It’s something most of us take for granted. You turn on the tap, fill a glass of water and have a nice refreshing drink.

But what if that water has been deemed too contaminated to consume? That’s something residents of the Rensselaer County village of Hoosick Falls are confronted with as they try to determine how to move forward and make their water drinkable again.

“We’ve always seemed to have a higher incident of cancer here than other places.”

Dr. Marcus Martinez has been practicing medicine in the village of roughly 5,000 since 2002, taking over his father’s 30-year practice.

“We’ve always had higher incidence of prostate cancer, thyroid cancer, kidney cancer, we’ve just always seemed to have a lot more than what is the national average.”

He wasn’t the only one to notice.

Michael Hickey, a lifelong resident of Hoosick Falls, lost his father to kidney cancer in 2013 – a disease which his family has no history of and his father’s lifestyle didn’t seem to trigger. Once a beloved family friend and local teacher also passed away from a form of cancer that seemed equally mysterious, Hickey says he started looking around.

“It was really a random Google search. I looked atSaint-Gobainthat my father worked at, and they hadPTFETeflon in theC8panel and the first one that pops up on the list is kidney cancer and that’s what my dad had passed away from. At that point that’s what my dad had and he didn’t really have a great death, pretty awful, so at that point, there really wasn’t a whole lot of reasons for him to have kidney cancer.”

But what is PFOA? A brief chemistry lesson:

What isn’t known is how long residents have been ingesting the chemical, so Hickey reached out to , Judith Enck, EPA Region 2 district administrator.

“Once they got involved, it was in October, she kind of stepped in and expedited the process and got us to where we are today.”

After confirming Hickey’s findings, the EPA sent a letter to the mayor last November saying residents should not be using public drinking water. Two weeks later, in December, the village told residents not to drink the water, a subject that was cause for concern at a recent Village Board meeting.

One resident asked: “Our aquifer is poisoned. Is there a period of time known when that will clean itself up or is that permanent?”

A frustrated Mayor David Borge responded: “We don’t have all the answers at this point, no one is pretending that we do. But we want to try and put in place something that we’re very confident will in fact work.”

Other residents accused the mayor of trying to hide something.

“This is not a conspiracy. We are trying to

“Yes you are. And I’m telling you that I do not recall that.”

In the interim, Hoosick Falls residents have all been allotted 5 free gallons of bottled water per day to be picked up at the local Tops grocery store.

Saint-Gobain Performance Plastics. The plant is just a few yards away from Hoosick Falls’ water treatment facility. Both Saint-Gobain and the plant’s prior owners used the PFOA to manufacture heat-resistant wiring for decades, although the company says they stopped using it years ago.

Enck points out the official cause of the contamination has yet to be officially determined.

“We want to find the source of the pollution, we want it cleaned up, we want public health protected, and we are in a position to use either federal Superfund or the safe drinking water act or other federal laws that allow us to take action to protect communities like Hoosick Falls.”

To ease some of the public concerns and get everyone up to speed on the situation, Healthy Hoosick Water, a grass-roots organization, held a public meeting with the EPA where Enck laid out some guidelines for dealing with the water issues.

However, Enck says the situation is not irredeemable.

“The good news here, if there is any, is that there are treatment technologies in the short term that can deal with existing drinking water plants, so people don’t have to schlep 5 gallons of water every day to their homes.”

The technology that Hoosick Falls’ Village Board approved to address the contaminated water is a granulated activated carbon, or GAC, filtration system, manufactured by Calgon Carbon. Like the bottled water, Saint-Gobain has agreed to foot the installation fee.

“We know that the GAC filters are effective, extremely effective in stopping the PFOA and anything that size when you’re talking one parts per trillion; that is so small, but these filters can stop that.”

Still, Healthy Hoosick Water accuses Saint-Gobain setting the PFOA removal level at 20-parts-per-trillion while the group says GAC treatment systems in other communities have lowered PFOA levels to 1 or 2 parts-per-trillion. And they want that level.

In the meantime, Hoosick Falls residents will continue to pick up their bottled water as they wait to find out how well the GAC systems work.

Michael Hickey, whose initial inquiry led to the contamination findings, says he doesn’t see himself as the local hero many herald him as.

“I don’t really feel that way. Really it was kind of for my dad and doing the right thing for the community as a whole.”

Meanwhile, a class-action lawsuit on the part of Hoosick Falls residents is being considered.

Jenna Flanagan is a reporter and host with New York NOW,WMHT, and MetroFocus, WNET/Thirteen. She also reports for Innovation Trail. Follow her on Twitter @JFlanNYS. 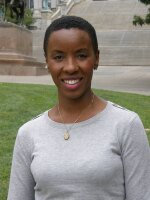 Jenna Flanagan
Jenna first knew she was destined for a career in journalism after following the weekly reports of the Muppet News Flash as a child. In high school she wrote for her student newspaper and attended a journalism camp at SUNY New Paltz, her Hudson Valley hometown. Jenna then went on to study communications and journalism at Seton Hall University in South Orange, NJ where she earned her Bachelor of Arts.
See stories by Jenna Flanagan

Jenna Flanagan
Jenna first knew she was destined for a career in journalism after following the weekly reports of the Muppet News Flash as a child. In high school she wrote for her student newspaper and attended a journalism camp at SUNY New Paltz, her Hudson Valley hometown. Jenna then went on to study communications and journalism at Seton Hall University in South Orange, NJ where she earned her Bachelor of Arts.