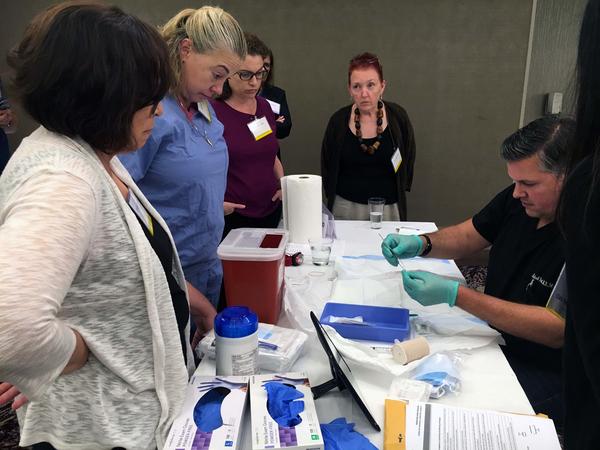 In a big hotel conference room in Times Square, six doctors huddle around a greasy piece of pork. They watch as an addiction medicine specialist, Michael Frost, delicately marks the meat, incises it and implants four match-sized rods.

“If you can do it well on the pork, you can easily do it on the person,” Frost tells his audience.

Frost is training the group of doctors to implant the newly FDA-approved drug Probuphine.

Probuphine is unlike any other addiction treatment on the market. The implant delivers a constant low dose of medication and lasts for six months at a time. It promises to be life-changing for people already stable in recovery using medication-assisted treatment, who would otherwise need a daily dose of its active ingredient buprenorphine or similar drugs to stay free of cravings and withdrawal pains.

“They don’t have to be dependent on taking something everyday. It takes the choice out of that, which can help people protect them for themselves,” says Ella Leers, a doctor who treats substance abuse at the Carnegie Hill Institute in Manhattan.

Although addiction specialists welcome the new drug, at this early stage,  it’s complicated for physicians  to add it  to their repertoire. Because physicians who treat addiction don’t necessarily have experience with surgery or access to sterile spaces, some are having to learn a new skill, and develop new systems. 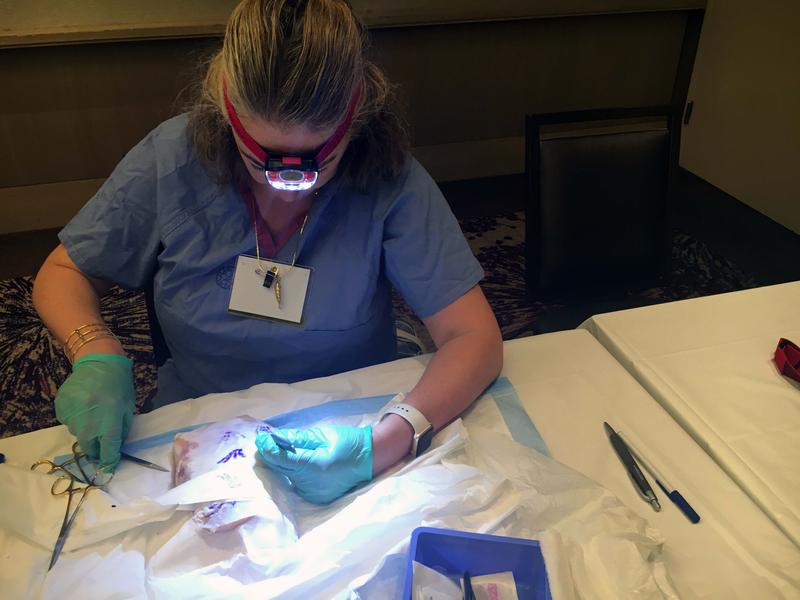 The FDA approved Probuphine under the condition that physicians are trained and tested before implanting or even prescribing the treatment. There are three kinds of certification: implanter, prescriber or both. If doctors can’t do the implanting themselves, they need to coordinate with another doctor who can.

“Now with Probuphine, we have to take it up to a whole different level because we have to have either agreements with implanters or a room where we can implant. We have to get the equipment. There will be a lot more to do,” says Gloria Baciewicz, chief of addiction psychiatry at the University of Rochester.

Her team was already planning on moving to another space, which will have the facilities they need to conduct minor surgery.

Prescribing Probuphine can also call for a new approach to the counseling and behavioral therapy that is typically recommended for those on medication-assisted treatment.

“If you’re implanting something that can be there for six months you want to make sure that the patients are still coming in to get the other types of support that they can use because of their addiction issues,” says Leers.

There are also several initial questions about insurance coverage: billing codes, reimbursements, pre-authorizations are mostly still up in the air. For now, doctors need to buy the Probuphine kits that run almost $5,000 and then bill patients or insurance companies after.

Braeburn has offered to help physicians verify if an insurance plan would reimburse any of the cost. Blue Cross Blue Shield and United Healthcare approved reimbursement for a few patients already implanted, according to Braeburn. 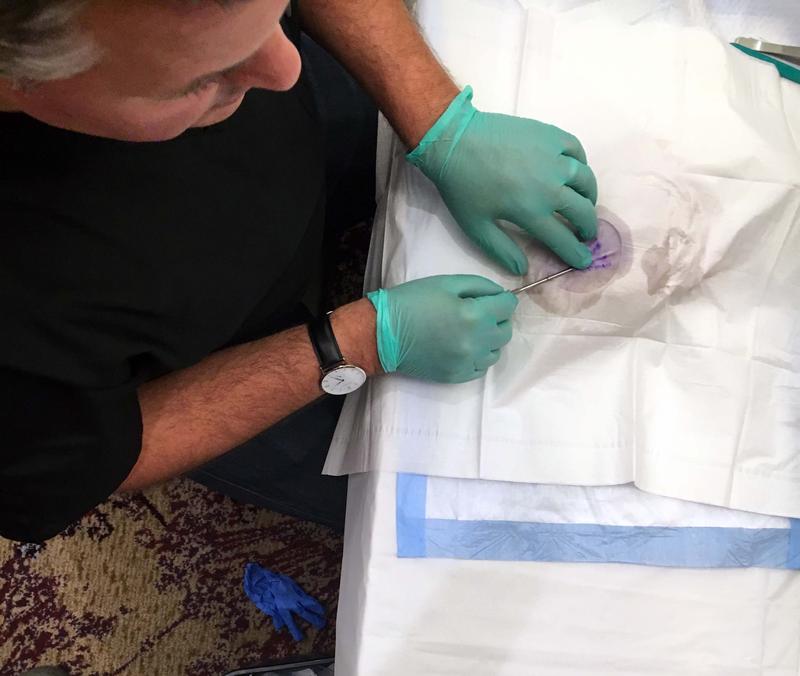 Despite some of these early obstacles, some doctors welcome the treatment.  At a time when opioid drug overdoses have reached epidemic levels — roughly 78 Americans die every day from opioid overdose according to the Center for Disease Control and Prevention — it’s good to have a another way to deliver medication-assisted treatment, says Richard Rosenthal, medical director of addiction psychiatry for the Mt. Sinai Health System. Rosenthal was one of two principal investigators on a  Probuphine clinical trial.

“Everybody is waking up to the fact that we’re in the midst of an opioid epidemic,” says Rosenthal. “There are actually very few medications for addiction of any kind. Given the addiction treatment system in the United States, most of the treatment that’s given is psychosocial. There’s very little use of FDA-approved medications.”

Probuphine made a difference in the life of Scott Jernigan of Jacksonville, Florida. He was in recovery for almost a year taking another medication when he signed up for a Probuphine clinical trial. He said Probuphine freed him from weekly doctor visits and pharmacy runs—and from fears of how sick he’d feel if he missed a dose or forgot his meds.

“[It] meant that I could become more of what my normal is going to be,” Jernigan recalls.

Some specialists recommend patients stay on medication-assisted treatment for years, or even indefinitely. For now, Probuphine can only be prescribed for two runs of six-month use and is meant for people already stable on 8 mg or less of a medication like buprenorphine.

Braeburn, the pharmaceutical company that sells Probuphine, announced it is running more than 200 training sessions across the country this summer in 55 cities.

Braeburn says that, to date, over 1,800 healthcare practitioners have been certified — 27 have implanted dozens of patients.

This story was produced by Side Effects Public Media.

This story has been updated to reflect the most recent numbers practitioners trained by Braeburn.