(WMHT-New York NOW) Former Gov. Andrew Cuomo, in his first public remarks since leaving office, railed on the concept of “cancel culture,” which he blamed for the cascade of calls for his resignation last year after he was accused of sexual misconduct by several women.

At the same time, Cuomo appeared to tease a return to public life during the speech, which he delivered in person at a church in Brooklyn on Sunday.

"The truth has actually come forth, and I feel vindicated," Cuomo said. "I have many options in life, and I am open to all of them."

It’s been seven months since the nearly three-term governor resigned from office after several women accused him of varying forms of sexual misconduct, from verbal harassment to assault.

After Cuomo was first accused of sexual harassment about a year ago, he asked the New York Attorney General’s Office to outsource an investigation into those claims to an independent investigator.

The months-long probe ended with a report that found the claims against Cuomo to be credible, and alleged that the former governor had violated federal and state laws related to sexual misconduct in the workplace. He resigned a few weeks later.

Cuomo has claimed that the report was politically motivated and biased; Kim had once worked on a federal corruption case against one of his close aides, who was ultimately convicted.

The New York Attorney General’s Office has pushed back on that argument, framing it as a misleading attempt by Cuomo to save face after the barrage of controversies.

A handful of prosecutors have decided not to pursue criminal charges against Cuomo, saying there were either statutory limitations, or not enough information to build a strong case.

But Cuomo has not been cleared of the alleged civil violations of state and federal law he was accused of in the report. There’s one lawsuit open against him, from a woman who used to work in his security detail.

Speaking to churchgoers on Sunday, Cuomo blamed the allegations on a “new sensitivity” among young people.

“For some people, especially younger people, there's a new sensitivity,” Cuomo said. “No one ever told me I made them feel uncomfortable. I never sensed that I caused anyone discomfort.”

Cuomo has been accused of several different forms of sexual harassment over the past year.

One woman claimed that he asked her to play strip poker on a flight, and tried to kiss her while they were alone in his office.

Another said that, after she was called to the Executive Mansion to help with a technical issue on his phone, Cuomo put at least one hand under her shirt and groped her.

Another woman claimed that Cuomo made several inappropriate remarks to her related to her personal life, like asking if she’d ever had sex with older men and if she was monogamous.

Several other women have detailed similar incidents, during which Cuomo either touched them inappropriately, and without their consent, while in the workplace, or made remarks about their appearance.

Cuomo has denied that he touched anyone inappropriately, but has admitted to making remarks to women that made them uncomfortable. His defense has been that he didn’t know those comments were inappropriate at the time.

He used much of his speech on Sunday to rail against the concept of “cancel culture,” a label used by some, usually the accused, to describe when one’s scandals lead to near universal condemnation, or “canceling.”

“What happened to voting rights and democratic elections, our cherished priorities?” Cuomo said. “With ‘cancel culture’ we now live in a frightening New World. We've never been here before.”

Cuomo recently started airing a series of ads on television to the same effect, leading some to speculate that he’s interested in a political comeback.

He made no such announcement Sunday, instead calling on his audience to reject the accusations made against him, while embracing his legacy in office — sans the claims. 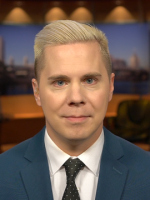