New York's Fracking Decision Will Be Hard To Replicate Or Overturn

After about seven years of research, public hearings, rallies, elections and rumors that a decision was imminent, the final environmental impact statement on hydrofracking was released on Wednesday. Its findings aren’t a surprise.

Back in 2012, the Department of Environmental Conservation asked the Department of Health to add a health review to its review. It was the final stage in preparing the report. And in December, the acting health department commissioner, Howard Zucker, famously said this about high volume hydraulic fracturing, or HVHF:

“Would I live in a community with HVHF, based on the facts I have now? Would I let my child play in the school field nearby? Or my family drink the water from the tap or grow their vegetables in the soil? After looking at the plethora of reports, as you see behind me and others I have in my office, my answer is: No,” said Zucker.

This week we got the full rationale for that decision. It runs close to 2000 pages and includes the state’s responses to more than a quarter-million public comments.

Robert Jackson is an environmental scientist at Stanford University and has studied the effects of fracking for years.

“It isn’t surprising to me that a state that requested the health department to evaluate the environmental concerns associated with shale gas extraction might come down with a cautionary decision,” says Jackson.

While still at Duke University, Jackson co-authored the first study on water contamination from fracking in Pennsylvania. According to Jackson, New York’s findings aren’t likely to change the way Pennsylvania or Colorado or North Dakota view the industry. He says he gets requests for information from other countries weighing whether to allow fracking and they may look more closely at New York’s report.

“Some examples include different countries in the European Union, Columbia, Mexico, lots of them. There are many countries deciding what to do and why,” says Jackson.

Of course, not everyone in New York agrees with its conclusions on fracking. The Business Council says it’s a decision that will eventually be reversed. And another pro-business group, Unshackle Upstate, criticized it as embracing fear over facts.

Dave Messersmith is an extension agent with Penn State’s Marcellus Center for Outreach. He says many of the report’s findings about its safety were based on industry practices that have since evolved or been forced to change.

“In states like Pennsylvania, Ohio, North Dakota, where there’s a lot of exploration and production going on currently, these states have kind of made it through the initial growing pains,” says Messersmith.

But overturning New York’s decision will not be easy, even with a different governor, says Natural Resources Defense Council attorney Kate Sinding.

“It’s almost inconceivable that the court will look at the thoroughness of the review here, the extent to which it is buttressed by references to scientific and other studies and say that the agency had any way abused its discretion,” says Sinding.

Sinding says the focus now will be on convincing regulators that if allowing fracking in New York is a bad idea, so is allowing all the pipelines and waste and storage facilities that go along with it. 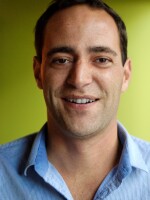 Matt Richmond
WSKG/Southern Tier reporter for the Innovation Trail.
See stories by Matt Richmond
Matt Richmond
Matt has been withWSKGsince 2011, when he left his stint as a freelance print and radio reporter inJuba, South Sudan. Matt spent two years as the Southern Tier reporter for The Innovation Trail, before shifting to theWSKGnewsroom in 2013. Matt’s work has appeared on Bloomberg News, Voice of America, Radio France International, NPR, and PRI. He was awarded the New York State AP Broadcasters Association award for stories on immigrant labor in Upstate New York this year. When Matt’s not cursing at faulty software or double-checking his writing for inconsistent tenses, he enjoys backpacking, bicycle riding and Werner Herzog movies.