A local man whose release from prison on parole generated nationwide controversy is among the people featured in a new documentary being screened Thursday at Visual Studies Workshop.

Jalil Muntaqim, who was incarcerated for 49 years before his release in 2020, stars alongside Cornel West, Mumia Abu-Jamal, Harry Belafonte, Ruby Sales, and others in the film “Conversations: The Black Radical Tradition.”

The film is scheduled to be screened at 7 p.m.

“There has been an unbroken history of resistance against white supremacy, institutional racism, and capitalist exploitation of our communities, but the engagement in activism has at times gone dormant,” says Muntaqim, who is an author, activist, and local civil rights organizer. “So it's important for us to understand the history and resurrect that tradition of resistance.”

The two-hour documentary gives first-hand accounts of Black resistance in America in the 20th and 21st centuries from more than a dozen activists, scholars, politicians, writers, and others involved in resistance and community-building movements.

Muntaqim’s own activism began before his 1971 conviction for his role in the slayings of two New York City police officers. He had been a teenage member of the Black Panther Party and Black Liberation Army, and he continued his activism while behind bars. In 1996 he organized what became the National Jericho Movement to Free All Political Prisoners. The group organized a national march and demonstration outside of the White House in 1998.

Muntaqim’s repeated pleas for parole over the years drew ire from politicians and law enforcement officials.

Upon his release in October 2020 after 11 parole denials, Muntaqim, who is originally from San Francisco, settled in Brighton with supporters who had taken up his cause. But he found himself in trouble with the law almost immediately for registering to vote without receiving a special dispensation from the state.

The Monroe County District Attorney’s Office charged him with two felonies that, had he been convicted, would have required him to return to prison for violating parole. A grand jury declined to indict him, thereby ending the case.

Since then, Muntaqim’s main focus has been on amnesty, and he works as a community organizer on the education committee for the Rochester chapter of the grassroots organization Citizen Action of New York.

His interests include ending mass incarceration and halting the school-to-prison pipeline, he says.

Following the screening, Muntaqim will lead a discussion on the “Black Radical Tradition” with director Edwian “Eze” Stokes and audience members.

The film is being presented as part of the VSW Salon Series, which continues through May. Viewers can attend the event in person at Visual Studies Workshop (31 Prince St.) or remotely via VSW’s Twitch livestream. There is a suggested donation of $10. Find more information at vsw.org. 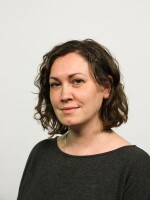