The New York Milk Bank is small, spotless and noisy. Two massive stainless steel freezers are stocked with little glass bottles of pasteurized breast milk. A deep freezer in the corner is filled with bags of milk to be pasteurized.

Julie Bouchet-Horwitz, a lactation consultant and executive director of the bank, welcomes in a sleepy-looking customer — a new dad.

Michael Guinan’s wife isn’t producing enough milk yet for their two-day old son and he’s losing weight. “Got down to about 5 pounds, 11 ounces,” he tells her.

The New York Milk Bank opened last month in Hastings-On-Hudson, NY. It’s one of the non-profit donor milk banks in the country, which receive, screen and pasteurize breast milk from donor mothers. Milk banks are having a resurgence lately, in light of growing medical consensus that, for premature infants in particular, donor milk can be life-saving. But questions remain about who pays for the substance—called liquid gold by many in the field—and who can afford it.

In 1980 there were 30 active non-profit banks throughout the country. But by 2000 all but five had closed; demand dropped because of lack of insurance coverage, campaigns promoting formula and concerns about HIV transmission, says Pauline Sakamoto, executive director of Mothers’ Milk Bank in San Jose, California.

Gradually they’ve made a comeback. Today there are 26 non-profit milk banks around the country and six more are in development. In the past four years the amount of donor milk distributed has doubled from about 2 million to 4 million ounces, according to data collected by the Human Milk Banking Association of North America (HMBANA), which developed milk processing guidelines to ensure the safety of the donor milk supply.

“The research is bearing out what milk bankers have known for quite a long time, for the last 100 years. There are reasons why this milk is gold,” says Sakamoto, also past president of HMBANA and board member of the United States Breastfeeding Committee.

In the last five years, the World Health Organization, Surgeon General Regina Benjamin and the American Academy of Pediatrics have recommended that preterm infants consume donor milk if sufficient milk from the mother is unavailable.

The recommendations are based on a growing body of research showing premature babies, who otherwise can’t get enough of their own mother’s milk, do better with donated milk than formula.

Long-term research on this subject is still scarce, but a multi-year, 17 site study,  sponsored by the National Institute of Child Health and Human Development Neonatal Research Network, is currently underway.

Every year in the U.S., about 55,000 of the smallest premature babies are born weighing under 3.3 pounds. These tiny babies especially benefit from breast milk which promotes gastrointestinal maturation and prevents infection, says Boriana Parvez, neonatologist with the regional neonatal intensive care unit at Maria Fareri Children's Hospital and director of development for the New York Milk Bank. She says their digestive systems don’t process commercial formula easily. Parvez, who oversees the donor milk program at her NICU, says most infants need some amount of donor milk and a small percentage need donor milk exclusively, because not all mothers produce milk or enough of it.

Until recently parents might have turned to Craigslist or other online forums to purchase milk directly from other mothers. Or they could turn to for-profit milk banks which can charge as much as $30 for an ounce of milk. But now in many places, a non-profit milk bank (charging in the neighborhood of $4 an ounce) is an option.

Lucia Rojas wouldn’t be alive if it weren’t for donor milk. She was born three months early, weighing 1 pound and 9 ounces. (Infants weigh, on average, 7.5 pounds at birth.) MarySara Rojas, her mother, says doctors at Rochester’s Strong Memorial Hospital neonatal intensive care unit told her the baby might not make it through the weekend.

“Everyone thought she would die,” Rojas recalls.

Lucia had two surgeries in the first two weeks of her life. She went on to spend three months in the NICU. Doctors explained breast milk would help heal Lucia’s intestines and that she couldn’t digest formula. MarySara pumped. But then, her supply dwindled.

“I couldn’t, you know, bounce from one formula to another. I didn’t have that as an option,” Rojas says.

MarySara turned to Mothers’ Milk Bank Northeast in Boston, which sells breast milk for $4 an ounce. She ordered milk for Lucia for seven months. Even with some financial assistance, the family paid about half her husband’s yearly income.

Despite research on the benefits of  donor milk—shorter hospital stays, lower rates of infections, fewer surgeries and lower costs  for everyone—most hospitals and insurance companies do not pay for donated milk.

(Exceptions are made. At least one New York family did get EmblemHealth to cover donor breast milk for their sick infant.)

In the first week of life for a premature baby, a full donor milk diet costs only $45 since babies so small eat very little and receive most of their nutritional need from intravenous nutrition, says Parvez. Costs go up as infants grow. On average, a full term baby consumes about 30 ounces a day and costs can amount to $800 dollars a week.

Currently, five states (California, Texas, Missouri, Kansas, Utah) and Washington D.C. require Medicaid to pay for it. New York is expected to join that list by January, covering both outpatient and inpatient needs for babies who physicians determine have a medical necessity for donor breast milk. (Editor's note: As of November 28th, Gov. Cuomo vetoed that legislation.)

“There’s some babies who would probably do okay without donor milk, but there are definitely babies for whom it makes a difference between life and death,” says Naomi Bar-Yam, executive director of Mother’s Milk Bank of Northeast.

Outpatient coverage might have helped a baby like Lucia Rojas. She is insured through Blue Choice Option, an Excellus BlueCross BlueShield Medicaid-managed plan. The insurance company denied the family’s original claim for coverage. (A representative for BlueCross confirmed that this plan does not cover donor breast milk.)  The family is preparing for a second fair hearing to get reimbursed for the cost of donor breast milk.

But inside hospitals, it’s not clear whether a law requiring Medicaid coverage would make it any easier for hospitals to use donor milk, says Parvez, who worked on New York's proposed Medicaid reimbursement bill.

Hospitals are reimbursed one lump sum, through a “bundled code,” for an infant's stay in a NICU, based on degree of sickness and length of treatment. Additional treatments mean hospitals would eat the cost, unless Medicaid insurance pays for it separately.

“We spent significant amount of time trying to convince Medicaid that donor milk reimbursement should be outside the bundled code,” Parvez says. “Because otherwise, hospitals will not have incentive to provide donor milk.”

For now, most hospitals and patients nationwide are figuring this out on their own terms, with their own dollars.

“People have always questioned the cost. But when you think about the potential benefits, the cost really isn’t a hurdle,” says Jeffrey Meyers associate medical director of the regional perinatal center at the University of Rochester Medical Center. “We wouldn’t withhold an antibiotic from a patient who has an infection and we know that’s the right antibiotic.”

This NICU is the most advanced in the Finger Lakes region, but it doesn’t routinely stock breast milk. It’s more expensive than formula and requires its own protocol.

“We’re often times stuck using formula because we don’t have another alternative,” says Meyers, who estimates 75 to 100 infants a year in his NICU alone could benefit from donor milk.

The New York state Medicaid reimbursement legislation has not yet been delivered to Governor Cuomo, according to the department of health. (Editor's note: On November 28, Gov. Cuomo vetoed the bill with a statement that notes technical flaws and lack of funding to the bill as drafted.)

Side Effects Public Media is a health reporting collaborative. Karen Shakerdge can be reached at 585-258-0246 or kshakerdge@wxxi.org. Follow her on Twitter: @karenshakerdge. 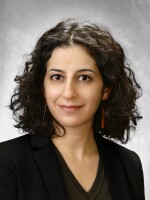 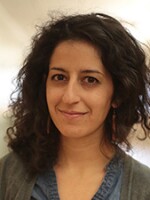 Karen Shakerdge
Karen Shakerdge is a health reporter/producer for WXXI and Side Effects Public Media. From a young anthropology student to a documentary film producer to an oral historian and now radio reporter, Karen has been asking people questions about their lives in one way or another for almost 10 years. The Association of Health Care Journalists recognized her story about liver transplantation with an Award for Excellence in Health Care Journalism. Her piece about breast density notification laws received a Mark of Excellence Award from the Society of Professional Journalists. Karen has a B.A. in Cultural Studies and Media Studies from The New School and M.A. from the CUNY Graduate School of Journalism.