Researchers at UR use Instagram to track teen drinking

Researchers at the University of Rochester have figured out a new way to track teenage drinking using Instagram, and they hope to advance the study to equip educators with more effective tools to prevent it.

The first thing you do when you decide to compile a ton of data about teenagers is pick a social media platform.

"We decided we were going to use Instagram, which is the most popular social media platform for teenagers."

(Video after the jump.) 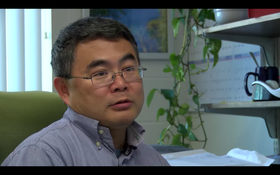 Jeibo Luo is a professor of computer science at University of Rochester. He's also the father of a teenage girl. Luo recently co-authored a study about using data from Instagram to monitor teen drinking.

First, he used facial recognition software to figure out the age, gender, and race of an Instagram user.

Image processing software is not advanced enough to recognize bottles and labels, however, so for that, Luo looked at the pictures' captions. He and his team compiled a list of alcohol-related words, with some help from online slang dictionaries, and cross referenced it with brand names.

Luo's team surveyed over 130,000 users, and looked at emerging patters. Some of them were pretty typical: teenagers who drink do so more during the weekends, and around holidays, just like their adult counterparts. There was new, more specific, information as well. 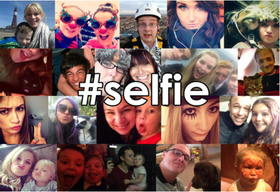 "At a very high level, we could say that teenagers don't favor beers and young girls tend to like vodka and other spirits than beers."

Luo says, the real value of research is in its practical application.

"What we are thinking is that schools and youth organizations can use this information to design or develop intervention or prevention strategies."

Ronni Boyars is the program director at Delphi Drug and Alcohol Counsel. They work with schools in Monroe and Wayne County, developing education and outreach programs for drug and alcohol use in teenagers.

"I think it's really important that we take a look at that information and see how it correlates with the rest of the data across the state."

Boyars says the data they get now comes mostly from surveys, like the Youth Risk Behavior Survey, but that only goes out every two years, and Luo says surveys have limitations because the subject feels no obligation toward the study.

With this basic framework laid out, Luo says they can do even more with it in the future. For instance, they can compare teens who drink with teens who don't drink and see the differences in the images they post or what they're talking about. Parents and faculty could potentially use that information to identify warning signs.

It could also, unfortunately, give companies more information about some of their biggest fans. If a vodka company wants to target the teenage girl demographic, they have the tools to do that. Luo sees his role as a counter balance to that.

"We are in an age where, the data is out there, and we cannot stop people from doing all kinds of things. We choose to work in this area, but we try to do some social good."

With big data aggregation, researchers are focused on trends, rather than the individual data points. While this is not a tool to spy on your own teenager and monitor their behavior, Luo hopes it could advance understanding about the factors surrounding teenage drinking as a whole, and better equip educators to prevent it.