Over 2 million American workers are exposed to silica dust in industries like construction, mining, road repair and sand blasting. WXXI’s Michelle Faust reports the Occupational Safety and Health Administration - OSHA - is now pushing for tougher limits on how much silica dust they can be exposed to in the workplace.

But the proposed rules will come too late for many workers who’ve already contracted silicosis, a potentially fatal lung disease.

“It was one particular job that was up in Rome, New York. We had these big brick buildings and we had to remove a lot of the damaged brick. … And that’s how I got sick.”

Chris Johnson from Port Byron, New York, learned about silicosis the hard way. He’s a mason and worked in construction since he graduated from high school, like his father, uncles and cousins. He was 29 years old on the job that changed his life. 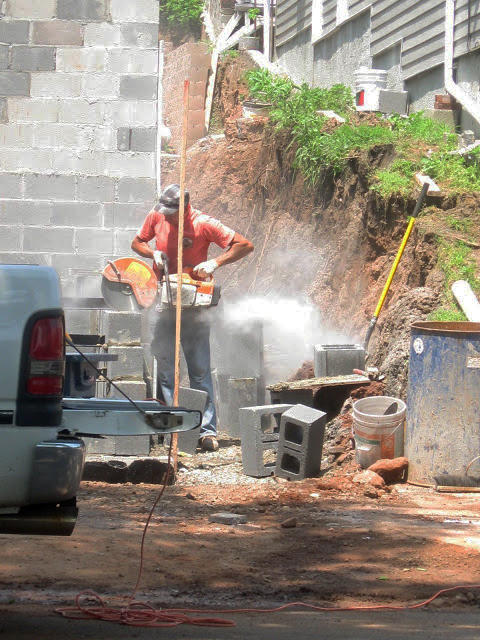 The white disposable masks Johnson wore on the job were supposed to protect him.

“After every time I got done cutting, you’d have stuff up in your nostrils that you’d blow out.”

The tiny dust particles that ended up in Johnson’s lungs were silica - one of the most common earth minerals. Jobs like his that call for drilling or cutting into bricks or mortar send tiny silica particles into the air.  In Johnson’s case, the exposure was so acute, silicosis came on in just a few months. For most people who contract the disease - it’s plagued stone workers since the ancient Greeks - it develops over five to 10 years. 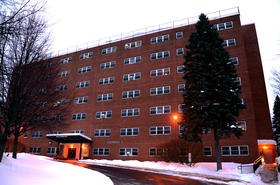 “And it doesn’t really bother you, but the dust is building up in your lungs. So, after a period of what may be months or years, there is enough silica dust stuck in your lungs that it can cause permanent damage. And by then, it’s too late to do anything about it.”

The U.S. Department of Labor produced the film Stop Silicosis back in 1938 and states in its narration: “A wave of fear was sweeping the country. Silicosis was taking its toll from the ranks of American workers. The cause of the disease: dust. The results of the disease: disablement, poverty, death. The cure for the disease: none.”

It's been nearly 80 years since that film was made, and there are still 1,600 new cases of silicosis every year and about 100 fatalities.

“Silica is probably the major chemical exposure out there that we know of that’s causing hundreds of workers to get sick every year that we have a totally antiquated standard for. When we issued that standard, and once it goes into effect, it’s going to prevent hundreds of cases of silicosis every year, and save hundreds of lives, both from silicosis but also lung cancer.”

The benchmark proposed by OSHA in 2011 would halve the current Permissible Exposure Levels for respirable silica over eight hours. The agency estimates that well over 600,000 construction workers  exceed those levels on any given day.

Keeping the silica out of workers' lungs is a matter of keeping the dust down with water or vacuum. In some cases, workers would need to wear a respirator.

Michaels sees the new OSHA rules as a simple solution that will save lives, but the Construction Industry Safety Coalition sees a threat to jobs. In a letter to Michaels, the industry calls it the most expensive OSHA rule ever, with an estimated $4.9 billion price tag threatening more than 50,000 jobs.

But Michaels and OSHA disagree with industry numbers. They say they’re committed to working with the Obama administration to get them adopted despite a lengthy bottleneck in the Office of Management and Budget as the rules are reviewed.

“President Obama has made it very clear – he is committed to getting the silica standard out while he’s president. And we will work with him and the White House to make sure that happens.”

Michael’s acknowledges that OSHA’s rate of inspections - around 40,000 a year - has been static over the past decades and that the new standards will rely largely on employers to implement them. 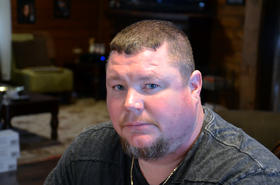 Looking back, he wishes he could have avoided the whole process.

“So if you can protect yourself and wear a respirator rather than it affecting your whole entire life, and possible death, I think it’s five seconds taking the respirator and putting it on, it’s more important.”

This story was reported and produced through a partnership with the Center for Public Integrity. For more on this story, go to publicintegrity.org.