(Rochester, NY)  Former WXXI Host Bob Smith passed away this morning at the age of 63 after a long illness. Bob was the original host of WXXI’s midday talk show, 1370 Connection, for over 25 years. Every day, he created two hours of civic engagement and civil discourse, on topics that ranged from politics to the economy, from education to the environment, from music and dance to arts and culture. Bob interviewed countless newsmakers and opinion leaders, including Hillary Rodham Clinton, Rudolph Giuliani, Mario Cuomo, Diane Rehm, Susan Stamberg, Dave Brubeck, and B.B. King.

Bob started his career in broadcast news before his 20th birthday, doing news at WHEN 620 AM in Syracuse. He earned his Ph.D. in American political and legal history from Cornell and taught undergraduate American political and diplomatic history courses to Cornell undergraduate students while doing his graduate studies. He landed his first full-time radio job at Buffalo station, WBEN, after graduating from Cornell University in 1978. He joined WXXI in March of 1988 to launch the new 1370 Connection midday talk show, and retired in 2013 after suffering a stroke.

Visitation hours are scheduled next week, on Tuesday March 21 from 2:00-4:00pm and 7:00-9:00pm, at New Comer Funeral Home, 6 Empire Boulevard. The Funeral Mass will be said on Wednesday, March 22 at 10:00am at St. Anne Catholic Church, 1600 Mt Hope Avenue. Interment follows at Ascension Garden Cemetery, 1900 Pinnacle Road in Henrietta. At the request of family and caregivers, memorial gifts may be made to WXXI.

Bob is remembered by friends and colleagues as a legend in the Rochester broadcasting community and a champion of First Amendment rights.

WXXI President & CEO Norm Silverstein said, "We were saddened to learn of the passing of our long-time colleague Bob Smith this morning.  For more than 25 years, Bob welcomed countless guests to WXXI’s talk studios to discuss the issues of the day in a civil, respectful manner. For those many years, Bob and “1370 Connection” were inseparable.  He’ll be missed by his colleagues at WXXI, by the many people who were his guests, and especially by those he welcomed to the airwaves when he said “let’s go to the phones.”

Former Rochester Mayor Bill Johnson had been on Bob's show many times, and visited Bob all through his illness after he retired.

“Bob was special because of his intellect, his curiosity and his brilliant ability to discuss issues from all points of view, he certainly was not a partisan on any issue but you could rest assured, when you went on his show, that he understood every side of the question," Johnson said.

WHAM 1180 radio talk host Bob Lonsberry says he respected the job that Bob Smith did on the air, even if they came from different viewpoints.

Longtime Democrat&Chronicle movie reviewer Jack Garner was a frequent guest on Bob Smith’s talk shows, and says Smith, "...was just a curious guy which is one of the things that anybody in media needs to be.  I think that’s one of the first rules to be a curious person, you want to know about things, ...he would do his homework so he was prepared, knew the questions that needed to be asked."

On October 17, 2013, about 5 months after his stroke, WXXI listeners and staff paid tribute to Bob in a special 1370 Connection program. 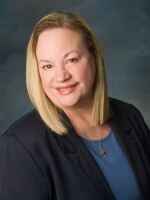 Jeanne Fisher
Jeanne Fisher is Vice President for Radio at WXXI Public Broadcasting in Rochester New York, where she oversees WXXI-AM and FM, WRUR, WEOS, WITH, and Reachout Radio. She has served on the national boards of the Association of Music Personnel in Public Radio and the Public Radio Program Directors Association, and was recently Chair of the Board of Eastern Region Public Media. Before coming to Rochester, Jeanne was program Director of the West Virginia Public Radio Network.
See stories by Jeanne Fisher

Scott Fybush
You'll hear Scott in various capacities on WXXI either as a reporter, or hosting Morning Edition or All Things Considered.
See stories by Scott Fybush
Check out all the virtual and in-person events on the CITY event calendar you can be a part of!
See all the events