RCSD says latest ELA & Math assessments show progress; but they are still lowest among the 'Big 5'

The New York State Education Department has released the latest English and math test scores, and Rochester’s results are the worst among the “Big 5” city school districts.

For the exams given this past spring, in grades 3 – 8, in Rochester, for English Language Arts, 45.2%  of all test-takers statewide in grades 3 through 8 scored at the proficient level.

The results across the state and in Rochester are better than last year’s. But NYS Education Commissioner MaryEllen Elia cautioned against comparisons.

“Usually, we talk about how much scores have changed, but this year is different because of the switch from three-day assessments to two. This decreases fatigue for students and enables them to better demonstrate what they know and are able to do. But it also means that the 2018 results can’t be compared with prior year results.”

“It’s our job to prepare children to succeed in life. We’re heading in the right direction, and that’s a testament to the strength of the teaching in classrooms around the state and the work our schools are doing,” Elia said.

Rochester City School District Superintendent Barbara Deane-Williams says that every school within the district had gains in performance but she says there is still much work to be done.

Rochester School Board President Van White also says  there is work to be done, but he says there is progress in the district.

White did note that Rochester has one of the highest poverty rates in the nation, and he says parts of the city have also had issues with aging housing stock and lead paint, which can affect intellectual abilities.

“Poverty does affect performance; is it an excuse? No. Must we do things to remediate that poison, that disadvantage? Absolutely. Can we do stuff about it? Yes, but I think people need to understand these numbers in this context: We’re not Buffalo, we’re not Syracuse, we’re not Albany because their children do not suffer from the intense poverty that our community suffers from,” White said. 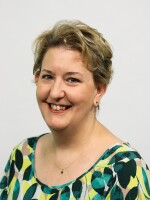