"I want to see the world. Not by the whole, but by the all too beautiful small things.”

These words by Ryan Harris have been set to song by composer Emily Cooly, as part of a unique collaboration.

One of Harris’ teachers shared his writing with the musicians of Lynx Project — a Chicago-based group founded by Eastman Music School of Music graduates who have focused on inclusive concerts and educational programs.

Singer Caitleen Kahn, co-founder and executive director of the Lynx Project, recalls that they immediately thought these would make a beautiful song.

She also remembers their surprise, knowing Harris was primarily non-speaking as well as autistic.

“We were struck,” she says, “simultaneously by the beauty of the words, but also by the depth of our ignorance.”

Harris embraced having his words set to music, and he introduced more writers to the project. That led to the Amplify Series, which has since continued to commission composers each year to create music for words written by young people ages 8 to 20 who have autism and are primarily nonspeaking.

Rithik Sinhasan is one of those young writers and a member of the Amplify Series Advisory Council.

“Autistic children really want to be heard and speak for themselves,” he says.

“Being autistic somewhat conditions me to being passed over when someone asks a question and they look at my mom for the answer. I want people to take the time to communicate with autistic people and actually hear us for we have a lot to say.”

The Lynx Project is recording 18 of these songs, for an album that will be released on the ArtistShare Label this spring. The album’s title comes from Ryan Harris’ words from their first song — “beautiful small things.”

This story is reported from WXXI’s Inclusion Desk. It's also part of Dialogue on Disability Week, a partnership between WXXI, the Al Sigl Community of Agencies, and the Herman and Margaret Schwartz Community Series.

Mona Seghatoleslami
Mona Seghatoleslami﻿ is the host and producer on WXXI Classical 91.5 FM weekdays from 3 to 7 p.m. She also hosts the lunchtime concert series Live From Hochstein at 12:10 p.m. Wednesdays, interviews musicians, produces special programs, and works on any project she can find that helps connect people and music in our community through WXXI.
See stories by Mona Seghatoleslami 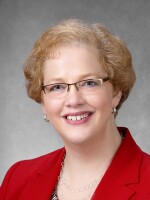 Ruth Phinney
rphinney@wxxi.org
See stories by Ruth Phinney
Check out all the virtual and in-person events on the CITY event calendar you can be a part of!
See all the events