"The students who gathered on the Quad last night may have done damage enough to shut down campus, including residence halls and in-person learning, before the academic semester even begins," said SU Vice Chancellor J. Michael Haynie in the letter titled "Last Night's Selfish and Reckless Behavior."

Classes at SU begin Monday. Students have been asked to sign a Stay Safe Pledge, which requires students to practice social distancing, and requires the wearing of face masks in public at all times. By signing the pledge, students also agree to limit gatherings to less than 25 people.

"Make no mistake, there was not a single student who gathered on the Quad last night who did not know and understand that it was wrong to do so. Instead, those students knowingly ignored New York State public health law and the provisions of the Syracuse University Stay Safe Pledge," said Haynie in the letter.

SU officials are investigating the gathering, and the Department of Public Safety is using security camera footage to identify students who were involved, Haynie said. Those students will "immediately undergo the student conduct process."

Freshman are gonna get us sent home before classes even start. pic.twitter.com/fH9jf2UoC8— Barstool Cuse (@BarstoolCuse) August 20, 2020

Several colleges and universities have rolled back reopening plans because of outbreaks on campus. The University of North Carolina switched back to online learning after just one week of in-person classes, after more than 100 students tested positive for COVID-19. Ithaca College announced this week it would not bring students back for the fall semester, opting for 100% virtual classes.

McMahon said the only positive thing is that all students have been tested for COVID-19 twice, so there is little chance any of the students involved in the gathering could spread the virus.

"That's what's saving these kids, and my temperament right now," he said.

McMahon said about 12,000 students are on campus right now, so Wednesday night's gathering represented a small fraction of the student body.

In his letter to students, Haynie offered a stern warning.

"I want you to understand right now and very clearly that we have one shot to make this happen. The world is watching, and they expect you to fail. Prove them wrong. Be better. Be adults. Think of someone other than yourself," he said. "And also, do not test the resolve of this university to take swift action to prioritize the health and well-being of our campus and Central New York community."

McMahon agreed, saying it was "knucklehead central" for students to attend the gathering, and suggested that some should be sent home.

"Some of these students and their comments and their mindset, maybe they're not ready yet for college. Maybe they need to go home for a semester," he said. 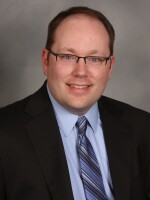 Jason Smith
Like much of the staff at WRVO, Jason wears a lot of hats. As the local host of Morning Edition, Jason produces and anchors hourly newscasts, and provides weather and other information each morning. He is also a producer and editor of the Campbell Conversations, one of WRVO's locally produced programs. And in December of 2017, Jason was named WRVO's next News Director. In that position, Jason is responsible for all of the local news heard on WRVO each day.
See stories by Jason Smith