Who uses the Great Lakes' water?

The Great Lakes/St. Lawrence River make up the world's biggest freshwater system -- and an enormously valuable resource. It supplies drinking water for millions of residents and powers the region's economy.

Last year, 42 million gallons were withdrawn from the basin each day, according to a new report from the Great Lakes Commission. Here's where it went.

Who uses the Great Lakes water?

Other fun facts from the commission's report:

-- The total volume of the Great Lakes/St. Lawrence River system is 6.5 quadrillion gallons -- an amount that would fill 9 billion Olympic size swimming pools.

-- Total withdrawals in 2016 represent a 1.1 percent decrease from the previous year.

-- Most of the water was returned to the basin. But nearly 5 percent of total withdrawals was consumed or otherwise lost to the basin.

-- Lake Michigan's watershed had the greatest withdrawal, followed by those of Lake Ontario and Lake Huron, respectively. 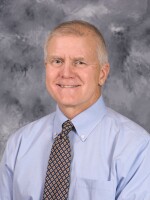