Expect snow, not ice on the Great Lakes this winter

Note: Updated on Dec. 6, based on lake surface temperatures in November, which significantly lowered predictions for the ice cover. --

Over the past two winters, the Great Lakes have had a below-average ice cover. And that’s expected to continue this year.  Elizabeth Miller reports.

One of ice climatologist Jia Wang’s biggest jobs is the annual ice cover prediction for the Great Lakes. He’s with the National Oceanic and Atmospheric Administration office in Michigan, which tracks ice cover throughout the winter.

Video: Salt mine lies 1,800 feet below Lake Erie.This year, he expects the five lakes to have a 26 percent ice cover. That’s down from the historical average of 55 percent.

And Wang says that means a warmer, La Nina winter, with more lake effect snow. Cold winds can pick up moisture as they pass over the open water, dumping snow when they hit land.

Lake Erie (the shallowest Great Lake) and Lake Superior (the northernmost) are projected to get the most ice cover this year – 48 percent and 31 percent, respectively.

Wang cautions that his recent predictions have had mixed results.

In 2016, his prediction was pretty close. But last winter he missed badly. NOAA predicted a 55 percent ice cover for the Great Lakes – the reality was more like 20 percent. 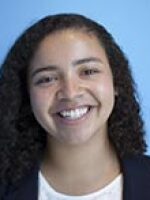